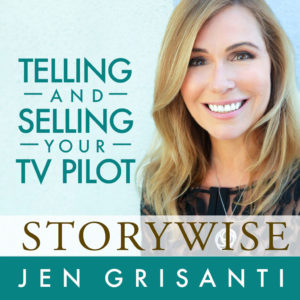 HOW TO WRITE A TV PILOT THAT SELLS w/Jen Grisanti

Are you an aspiring TV writer, director, actor, or exec? Learn how to break into the industry and better your TV pilot writing skills. NBC executive, Jen Grisanti, will explain how to write a compelling pilot and the process to start a career in the television industry. Nicole Couloute hosts this event.

Registration begins promptly at 9 am and ends at 9:50 am. You must present your ID at check-in, so make sure to bring appropriate documentation.

Please note that space is limited, so be sure to purchase your ticket sooner rather than later.

Send a request to the Nicole Couloute TV Writing Events Facebook group after the purchase of a ticket. This action will allow you to stay up to date on the event and keep in touch with other attendees.

The workshop has three sections:

Space is limited, so be sure to get your ticket early.

Writing the TV pilot is one of the most challenging scripts to write and to write well. Jen has helped in the development of thousands of scripts over the past 20 years. She was a Studio Executive at two significant studios for 12 years. She is currently a Writing Instructor at NBC and has been a Story/Career Consultant for ten years.

5 QUESTIONS TO ASK WHEN WRITING YOUR TV PILOT

With your series trigger and dilemma, you want to think about something that happens to your central character

that knocks their life out of balance. At this point in the story, your central character is often reactive versus active.

The dilemma should make us feel empathy for your character.

With the personal component, you are setting up the personal dilemma of your central character that leads to the

professional pursuit. This sets up the void. The pursuit is one step towards filling this void. With the personal part,

you want to think about the arc of the wound. The best pilots have a childhood wound that the series trigger and

dilemma splits open. The personal component in your story is the emotional part of your story.

After the resolution of the pilot arc, you need to set up the series. When I see this done well, it bookends what happened in the series trigger and dilemma setup and helps to build the next level of the concept. The point of this is to make your audience so enthralled that they can’t wait to see what happens next.

Mastering a story by utilizing the right tools is what will lead you to a sale.

You will learn about these techniques in this class.

International speaker Jen Grisanti is an acclaimed Story/Career Consultant at Jen Grisanti Consultancy Inc., Writing Instructor for Writers on the Verge at NBC, a former 12-year studio executive, including VP of Current Programming at CBS/Paramount, blogger for The Huffington Post and author of the books, Story Line: Finding Gold In Your Life Story and TV Writing Tool Kit: How To Write a Script That Sells and her new book, Change Your Story, Change Your Life: A Path To Your Success.

Grisanti started her career in 1992 as an assistant to Aaron Spelling, who served as her mentor for 12 years, and she quickly climbed the ranks and eventually ran Current Programs at Spelling Television Inc., covering all of Spelling’s shows including Beverly Hills, 90210, Melrose Place and Charmed. In 2004, Grisanti was Vice President of Current Programs at CBS/Paramount where she covered numerous shows, including Medium, Numbers, NCIS, 4400 and Girlfriends.

In January 2008, Grisanti launched Jen Grisanti Consultancy Inc., a highly successful consulting firm dedicated to helping talented writers break into the industry. Drawing on her experience as a studio executive where she gave daily notes to executive producers/showrunners, Grisanti personally guides writers to shape their material, hone their pitches, and focus their careers. Since launching the consulting firm, Grisanti has worked with over 900 writers specializing in television, features, and novels. Due to her expertise and mentorship, seventy-five of her writers have staffed on television shows, and 60 have sold pilots, five that that went to series. Also, she is an instructor for NBC’s Writers on the Verge.

Grisanti has taught classes for the “Change Your Story, Change Your Life” Writing/Yoga Retreat with Alta Retreats in Nicaragua, Rocaberti Writing Retreat in Spain, the Toronto Screenwriting Conference, TV Writers Summit (in LA, London and Israel), The TV Writers Studio (in Australia), Story Expo, The Big Island Film Festival, Chicago Screenwriters Network, Scriptwriters Network , Screenwriting Expo, the Great American Pitchfest, the Writers Store, the Northwestern Screenwriter’s Guild in Seattle, and the Alameda’s Writer’s Group. Also, she has served on panels for the WGA, iTVFest, UFVA, PGA, and The Writer’s Bootcamp, telling her story to inspire others.